Feb 12, 2020, “Xieyi — The Spirit of Freehand Expression” went on view in Kroon Hall at the end of last year and is now on tour in countries across the globe. So far, it has been on view at the United Nations headquarters in New York, Yale University, the New Library of Alexandria and the Confucius Institute at Suez Canal University. It is hosted by Shanghai Jiao Tong University and supported by the Junior United Nations of Calligraphy and the United Association of Calligraphy. 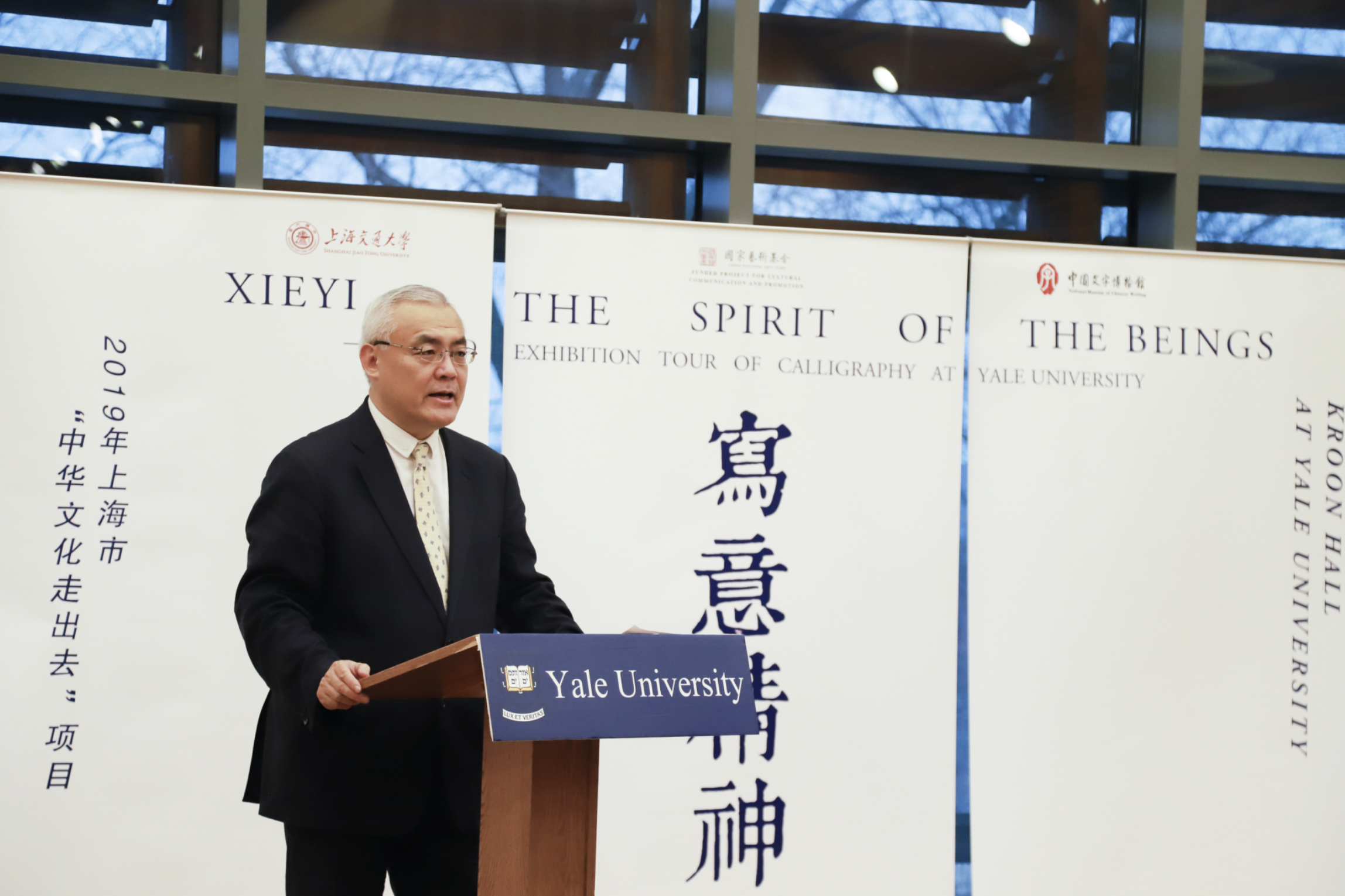 “Calligraphy enhances the understanding of the beauty of Eastern culture,” said curator Zhou Bin, a professor at Shanghai Jiao Tong University. “I wanted to bring it here to show the charm of calligraphy, to show Eastern culture and beauty to the Western world.”

Connecting the East and West fascinates Zhou, who held a visiting professorship at New York University and the Parsons School of Design for 10 years. During that period, he conducted research about how calligraphy education influenced the psychological and mental health of teenagers in the U.S. He found that calligraphy’s “freehand brushstrokes and lines” can be understood by people regardless of their nationality.

Upon noting an absence of high-end Chinese cultural exhibitions in the United States, Zhou sought to spread Chinese culture through calligraphy. He gained support from China’s National Arts Fund and contacted scholars and professors from all over China in pursuit of their calligraphy works. He said most calligraphers were willing to participate because it was “meaningful” for them to be able to showcase their culture.

Zhou was careful to consider the exhibit’s organization, seeking to ensure uniformity across the style and content of the calligraphers’ work. As the exhibition remains in each place for only a few days, he wanted to ensure its impact could be “felt for a long time.”

Zhou used different colors to highlight contrasting themes across the calligraphy works and tried to make the exhibition’s design “spatial” and “attractive.” He also developed merchandise to further promote the art form.

According to Lei Wang, one of Zhou’s students, the exhibition creates a “great cultural space.”

“When I walked among the calligraphy works, I felt immersed in the Eastern art world,” Wang said. “This exhibition is a great attempt to open the window of Eastern art to the world’s students.”

Zhou hopes to strengthen the connection between his institute and Yale in the future by bringing more of Eastern culture to campus. He wants this exhibition to serve as a “bridge” between Eastern and Western culture. Through this show, he hopes to spread calligraphy and support calligraphy education all over the world.

Later this year, the exhibition will be on display at the Heidelberg University in Germany and the Chinese Cultural Center in Athens.